Formation of an organic/metal interface state from a Shockley resonance

An unoccupied organic/metal interface state is identified for PTCDA/Ag(100) by time-resolved two-photon-photoemission and further characterized by density functional theory. The interface state is located in the projected band gap of Ag(100) and has no direct counterpart on the clean metal surface nor in the molecular layer. 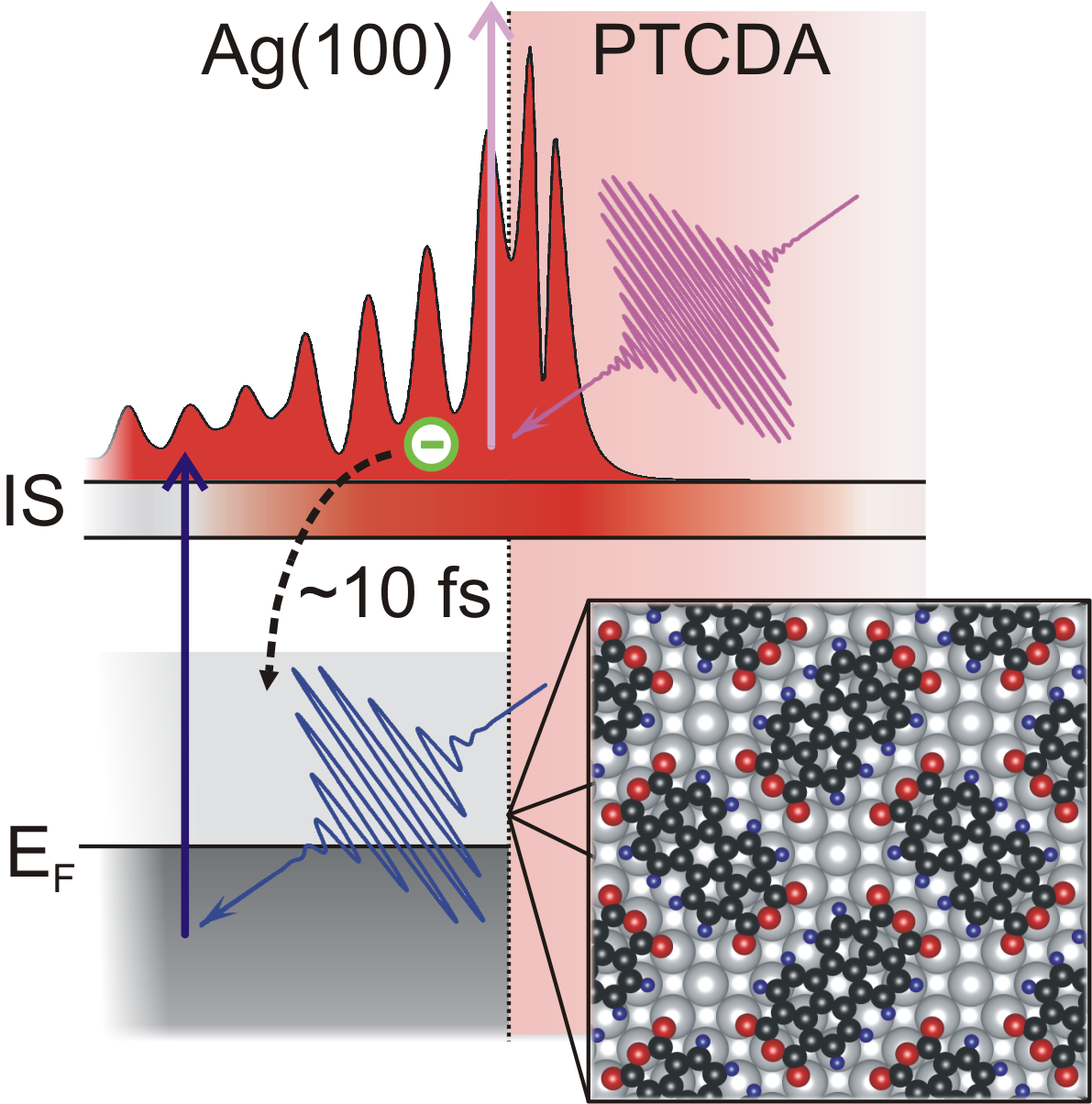 Excitation scheme of the 2PPE experiment. The first laser pulse excites electrons from occupied states of the substrate into the interface state (IS). Electrons from this transient population are then photoemitted by a second, time-delayed laser pulse and analyzed with respect to kinetic energy and emission angle.

The coupling between the delocalized electron system of a metal and the orbital structure of organic molecules, and particularly the dynamical charge transfer between both entities, is one of the most challenging basic-physics problems of interface science. From the application point of view, well-defined interfaces of this type serve as models for electric contacts of organic semiconductor devices. Their operating frequency is still less than 10 MHz, and presently the limiting factor is the efficiency of charge carrier injection at the contacts. One strategy for improvement is to increase the contact area by nanostructuring. Complementary strategies may evolve from a detailed microscopic understanding of the mechanisms of the charge transfer. 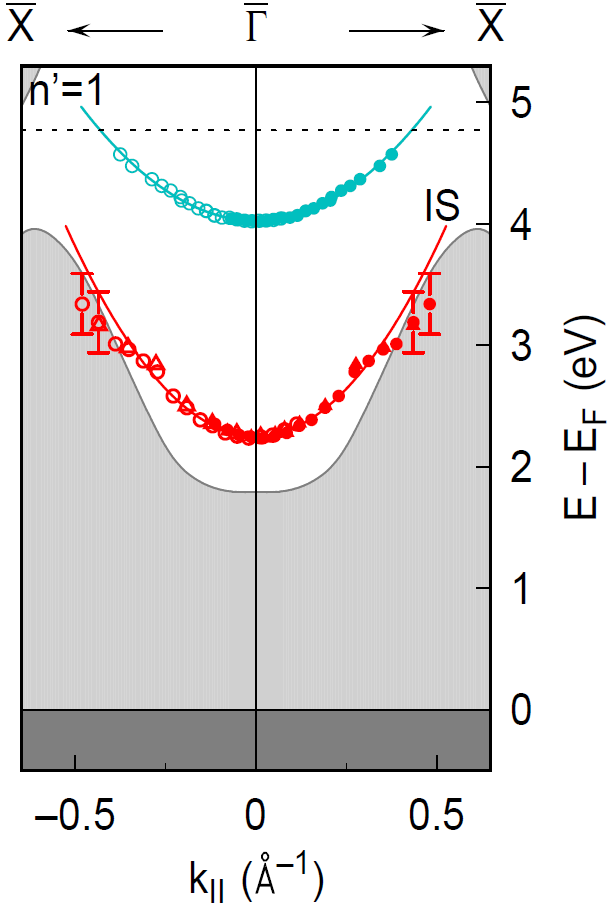 The authors identified an unoccupied electronic state at the interface between well ordered PTCDA layers and an Ag(100) single crystal. The state is found to have a dispersion parallel to the interface similar to a metallic band. At the same time, the spatial electron distribution above the molecular plane resembles that of a molecular orbital. The interface state is thus found to have very similar properties as the PTCDA/Ag(111) interface state (IS). This state, which was previously shown to be derived from the occupied Shockley state of the clean Ag(111) surface, is upshifted by the presence of the organic overlayer and becomes unoccupied.

The results for Ag(100), where no such surface state exists, reveals that the existence of a Shockley state on the clean surface is not a prerequisite for the formation of interface states in the presence of organic overlayers. More generally, the IS originates from the symmetry break at the metal/organic interface. This gives rise to additional solutions of the Schrödinger equations that have no counterpart in the bulk metal or in the molecular layers. DFT calculations show that the IS probability density has its maximum between the metal substrate and the organic semiconductor. Similar to the Shockley states of clean metal surfaces, the IS probability density in the metal is that of an exponentially decaying Bloch state. In contrast to Shockley states, however, the IS is laterally strongly corrugated and has a hybrid organic/metal character. If the IS is located between the Fermi level of the metal and the organic LUMO it can thus efficiently mediate charge transfer between metal and organic semiconductor.