Atomic-scale patterning of interfaces consisting of large organic molecules and metal surfaces allows the crafting of structures with novel electronic properties and, ultimately, designed quantum states. In this context, dispersive interface states are highly relevant as these are most susceptible to the effects of lateral structuring. To take full advantage of this approach to quantum state engineering, it is vital to first develop a detailed understanding of such molecule/metal interfaces in their native, unstructured form. 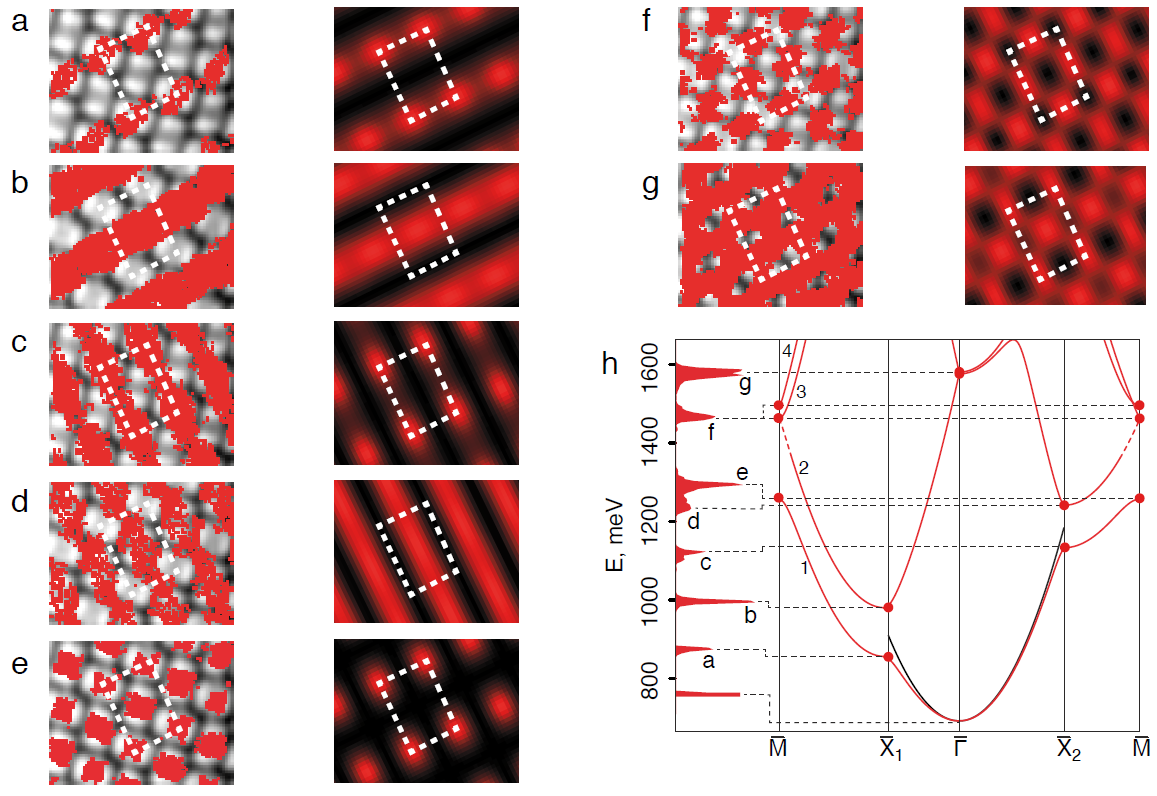 Band structure of the PTCDA/Ag(111) interface state as derived from feature-detection STS and a fitted model calculation.

Because the scattering is expected to impress its signature into the 2D band structure of the interface state, it is important to measure the latter. But although the PTCDA/Ag(111) interface is a well-studied prototype, its complete band structure had so far not been determined. Scanning tunneling spectroscopy (STS) is one of the few suitable techniques in the present case. However, STS has principal problems in providing band maps. These problems stem from the inevitable superposition of topographic and electronic image contrasts. 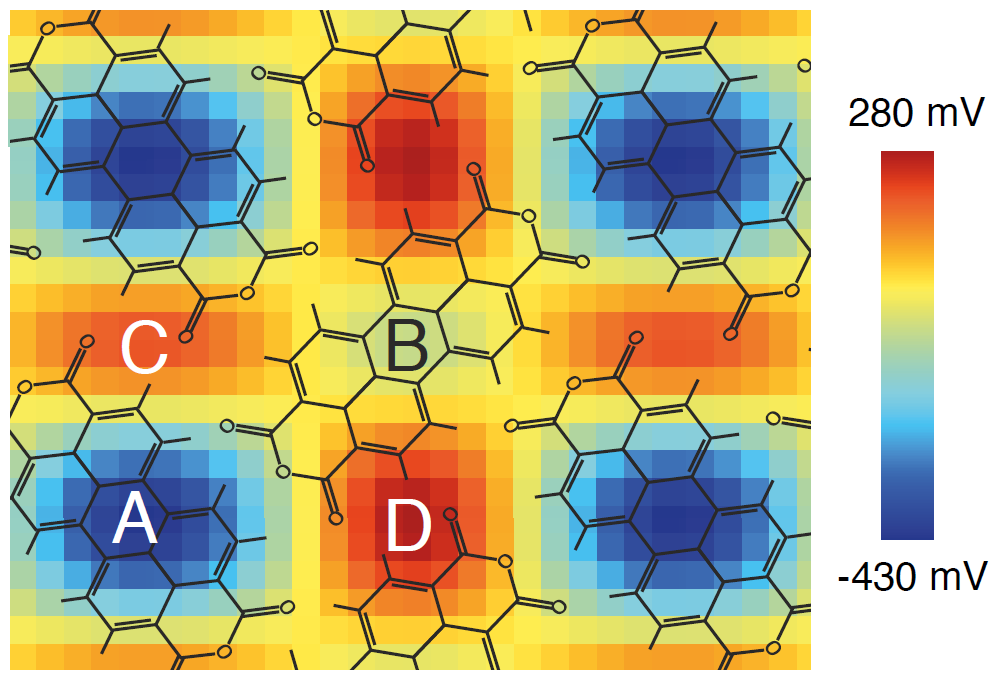 Scattering potential of the PTCDA/Ag(111) interface state as derived from feature-detection STS and a fitted nearly-free model calculation.

A newly developed technique of STS, called feature-detection STS, succeeds in eliminating the contribution of the surface topography, leaving behind a highly posterized image of the electronic structure. This allows a comprehensive determination of  the band structure of the PTCDA/Ag(111) interface state. Evidence suggests a very strong scattering of the surface state electrons by the molecular layer. Surprisingly, this scattering is attractive, which supports the idea of an emergent hybrid interface state, and limited to only one of the two sublattices. The latter observation could be the key to understanding certain observations regarding the lifetime of interface state electrons.