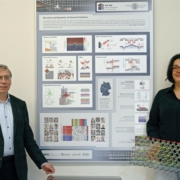 SFB 1083 was established at Philipps-Universität Marburg in 2013. It included a guest project from the Donostia-International Physics Center in San Sebastián, Spain. Meanwhile groups from the universities of Gießen, Leipzig and Münster as well as the Forschungszentrum Jülich participate in the center. From October 2013 to June 2021, Marburg and the participating institutions received DFG funding that amounts to 20.4 Million Euros. Together the researchers have published more than 330 scientific papers. For a report on the scientific activities from 2013 to 2019 see the activity report. A video clip, also available in German, explains the relevance of research on internal interfaces to the general public and highlights selected contributions of SFB 1083. With the new grant, SFB 1083 will be supported for altogether 12 years, the maximum funding period for a DFG Collaborative Research Center.

The 3rd SFB funding period will bring a number of changes. Kerstin Volz will become the new spokesperson and follow Ulrich Höfer, who initiated the SFB more than ten years ago and successfully guided it in the first and second funding period. Seven projects of the 2nd funding period will end, either because their principle investigators (PIs) reached retirement age, or because of a shift of scientific focus. Instead, eight new projects will become part of the center. Three of these new projects will be led by new PIs, namely Marina Gerhard, Jens Güdde and Ermin Malic. Altogether, SFB 1083 will consist of 19 scientific and three service projects in its last funding period. The projects will be led by 21 professors, senior scientists or junior group leaders. They will involve a total of about 80 scientists working in physics, chemistry and materials sciences.

Scientifically, the SFB will focus on a couple of new aspects in the coming years, such as the influence of the interface on lateral charge-carrier transport and the tailored synthesis at interfaces to design desired structures bottom-up. Research on interfaces of 2D materials, which started with the 2nd funding period in 2017, will be further extended. Last but not least, applications and devices will become more in to focus. The research on novel interface-dominated lasers will be intensified, including new material systems and emission wavelengths. Moreover, strong THz-emitters based on charge-carrier recombination across interfaces are included in the program due to promising results from the 2nd funding period. More applications and devices are envisioned, particularly as a result of research on hybrid organic/inorganic materials. Another important focus of the SFB will be on development and usage of sophisticated experimental methods, which allow unprecedented insights into processes at the nanoscale across interfaces. 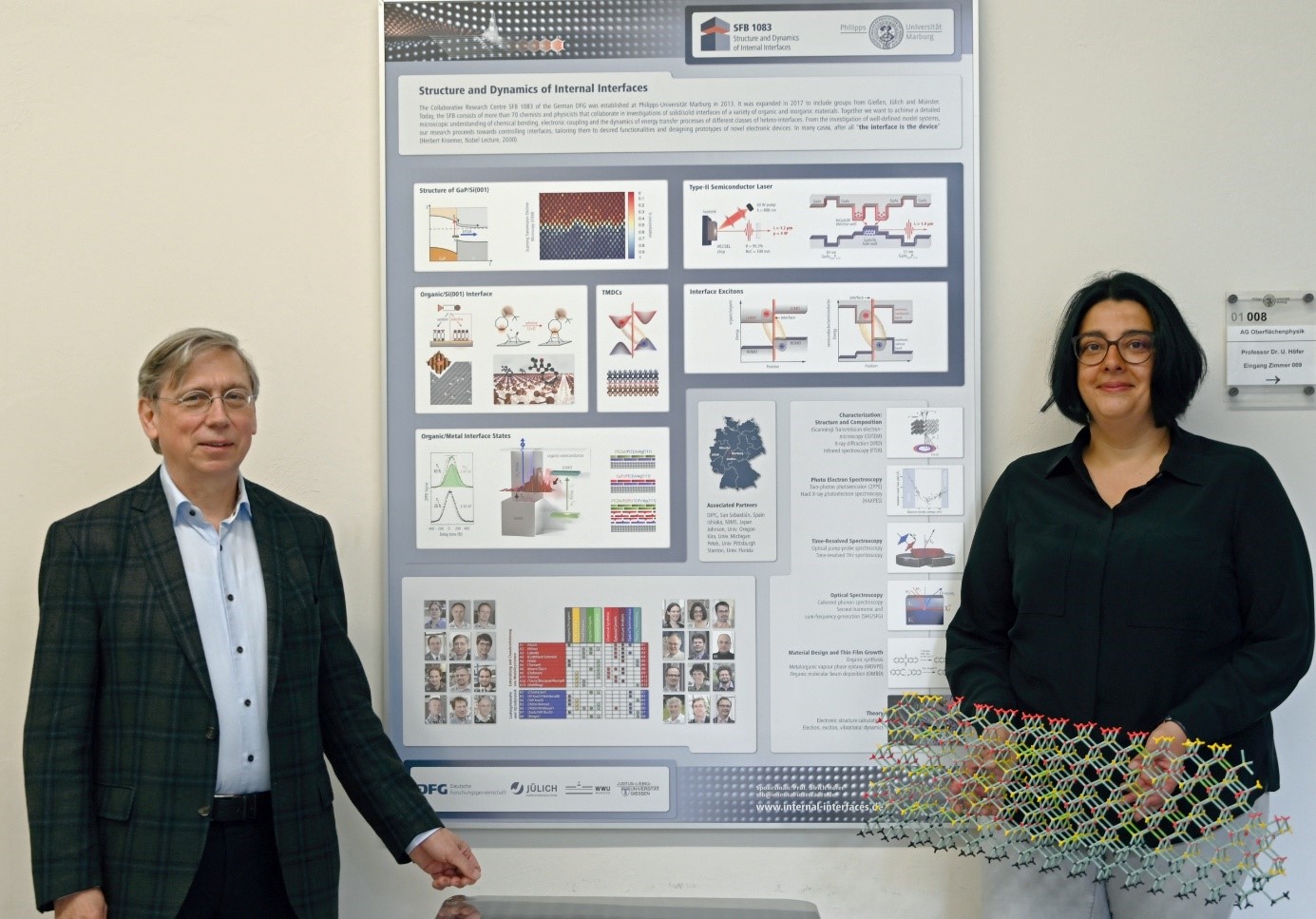